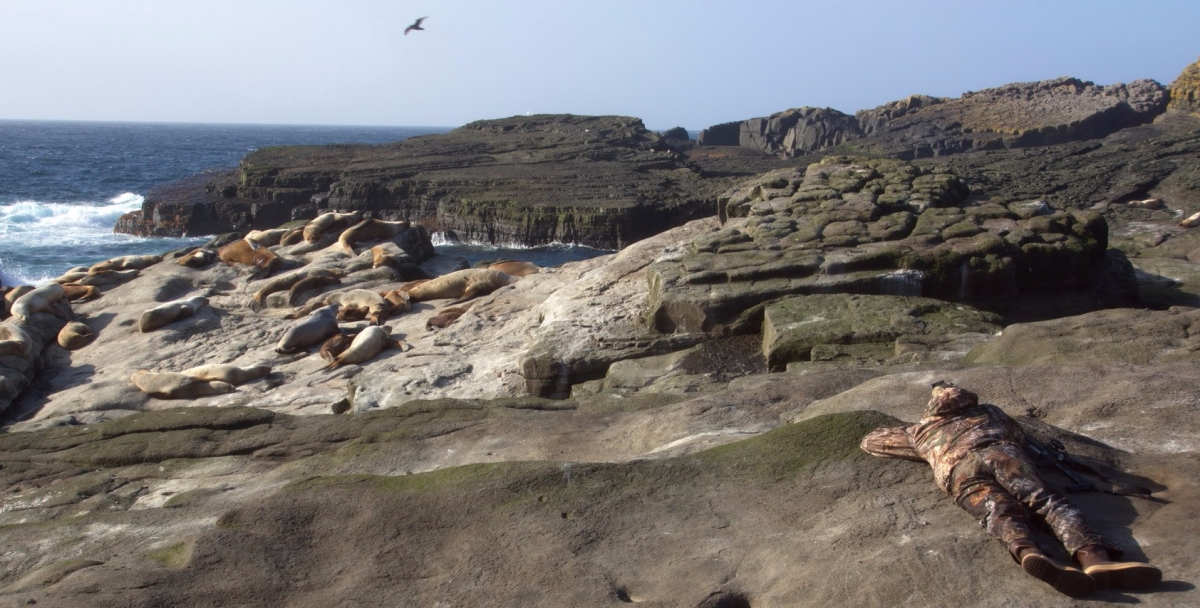 Many of you have reported sightings of humans at Hasgox Point (Ulak Island) in the newest set of remote camera images hosted on Steller Watch. One of our favorites is the picture of our Steller Watch biologist Katie collecting scat! These images were captured of us during our last fall female capture trip in October of 2015. You can read more about these types of trips in this blog post by biologist Brian Fadely.

We visited Hasgox Point on October 5, 2015, and darted and captured two adult females: a feat that we had never accomplished before! These captures were conducted one after the other on different parts of this large site — not at the same time — to insure the safety of the animals and our scientific crew. Since seeing this activity, we thought it would be fitting to feature these two adult females as our Sea lions of the Month for September!

The first female we captured was marked as =34. She was the largest female we have ever captured! She weighed about 839 Ibs (380.5 kg), was almost 9 ft (268 cm) long, and measured almost 6 ft (177.5 cm) around her torso (measured just under her front flippers). Based on the wear and tear of her teeth, it seems she was an older female, which could explain her large size. 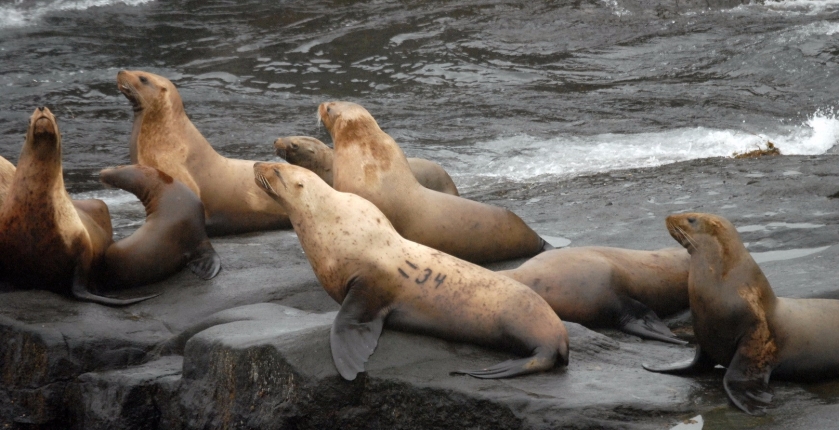 When we first came upon =34, she was spotted nursing a juvenile. We spotted her at Hasgox Point the following year (2016) during our research cruise. We observed her nursing a juvenile. We’re not sure but this juvenile could be the same that we saw in 2015 (making it a two year old), or it could have been a new pup she had delivered in 2015 that we just didn’t see during our visit. This mystery will hopefully be solved by your observations of the remote camera images! This year, we saw her again at Hasgox Point but we didn’t get a good enough look to see if she had a new pup or juvenile.

The second female that we captured was marked as — you guessed it — =35. Interestingly, this female was the smallest female we have ever captured. She weighed 492 Ibs (223 kg), was almost 8 ft (235 cm) long, and measured almost 5 ft (142 cm) around her torso. Because she was smaller and her teeth weren’t very worn, it’s more likely that she is a younger female. Since we saw her nursing a pup, we can can assume she is no younger than 5 or 6 years old. We didn’t see her in 2016 during our research cruise but hopefully our remote cameras captured images of her! We did see her this year during our visit to Hasgox Point, nursing her new pup! 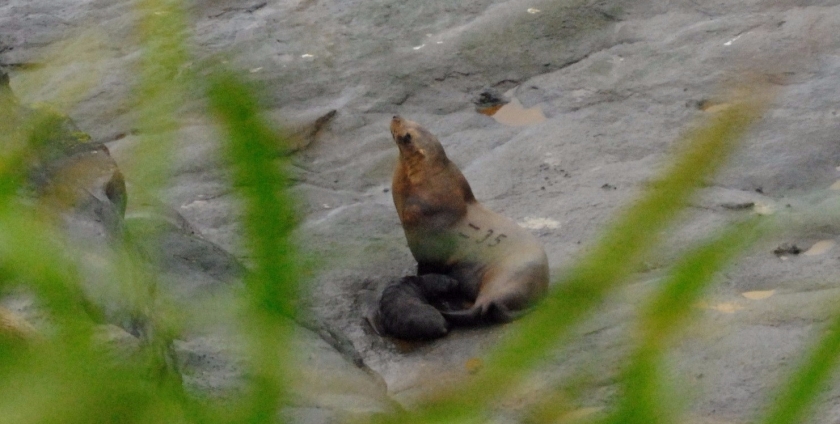 The main goal of capturing these females was to glue satellite tags onto their heads so we could track their foraging (or feeding) behavior over winter. The satellite tag on =34 transmitted for 227 days (orange trackline in image below, right)! Shortly after her release she headed to Amchitka Island for awhile and in May 2016 made a brief visit to Hasgox Point. She returned to Amchitka Island shortly after where the tag stopped transmitting. Then, we saw her in early July 2016 at Hasgox Point during our research cruise nursing that mystery juvenile.

We observed these females sticking around Hasgox Point (Ulak Island) where the females were captured and tagged. 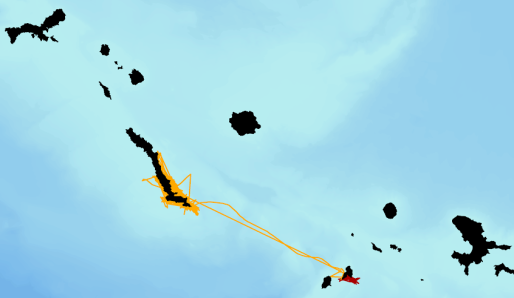 When we captured =35, she had been actively molting, or shedding her coat of fur. This usually occurs in the early fall which is why we plan our female capture trips in early October, hopefully after molting but before the weather gets worse. Because she was molting, her tag only lasted 16 days. In that time we saw that she stuck around Ulak Island and to the southeast of Ulak (red trackline in image above, right).

Keep an eye out for these two marked females — you’re likely to see glimpses of them and maybe you can tell us what =35 was up to after her tag stopped working!

Curious about other pinnipeds (seals and sea lions)? Check out our neighbors in the Pacific Islands to the south, the monk seals of the Northwest Hawaiian Islands. The Pacific Island Fisheries Science Center features their own Monk Seal of the Month!